The Federation of Canadian Municipalities (FCM) needed to secure a particular number of municipal infrastructure funding applications, by a specific deadline, from a particular geographic segment.

In addition to its regular organic social media and email newsletters, FCM approved a paid media buy on LinkedIn. Online Authority was tasked with advising the internal team how to structure its test plan to determine optimal placements and audiences. Online Authority supported the team’s efforts by researching, building and ‘saving’ additional pockets of target audiences on LinkedIn.

Next, Online Authority undertook the necessary technical implementation for a LinkedIn media buy for FCM, including:

Online Authority provided advisory services to the FCM team on creative – copy and image treatments – including adjustments after an initial test period in market.

The campaign launched with alternative placements, and as the most effective ones were identified, the campaign was rolled out for the duration. Data proved the LinkedIn campaign contributed directly to the total applications received by the deadline. 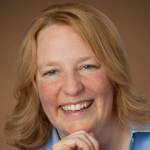 Networking in the New Year by Kelly Kubrick